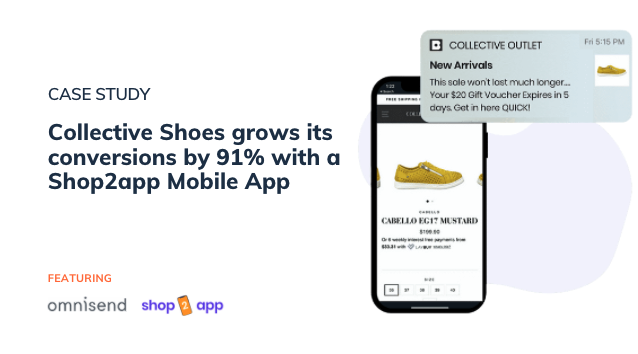 Sushant Mediratta is the Director of Operations at Collective Shoes, the fastest growing Fashion Brand in New Zealand & Australia. Sushant & his team at Collective Shoes launched a Mobile App for their store in 2 days. They used Shop2app's Integrated platform to drive their Ad campaigns and email campaigns to their mobile app and re-engage them with Push Notifications.

Weekly Email Deals is one of the biggest drivers of revenue from New Customers for Collective Shoes. Previously, the links in these emails sent all users to the mobile web. Email Conversions from the mobile web were not as effective. The Collective Team wanted to create a fluid and seamless user journey from their subscribers’ inboxes into its mobile app.

Why a mobile app for Fashion Store built on Shopify matters

Prior to using Shop2App, the Collective team used a structured approach to marketing, which included a lot of email outreach, both on desktop, and mobile. To move the dial, Sushant and the team at the Collective realized they were leaving money on the table, by not converting the Mobile traffic that was surging every month.

What better way to engage customers, than getting a Mobile App for their store, a channel where customers are already spending a sixth of their time?

Push notifications & Universal Mobile Links have enabled us to communicate with our customers more effectively. The mobile app has been a great addition to our online store.

When a subscriber clicks a link in its newsletter, they are deep-linked directly to the individual fashion items within the app instead of being redirected to the mobile web. This improvement has had an immediate positive effect on the order conversions.

With Shop2App Universal Mobile App Links, Collective now has a seamless email-to-app experience and complete visibility into the full customer journey. So far, they’ve been able to increase the email click to app open rate to 28.4% — and drive a 210% increase in revenue from email marketing. Plus, Collective, can now visualize the overall down-funnel performance of each email campaign to continuously optimize.

Shop2App's Smart Push Notifications have enabled Collective Shoes to increase retention and reduce churn. Recency and frequency of communications from an app encouraged customers to re-engage and ultimately convert.

Re-engaging most loyal customers and driving them seamlessly back to the app through smart banners, email campaigns, and retargeting ads have helped Collective Shoes boost the user retention portion of the LTV formula.Shop2App allowed Collective shoes to drive traffic from other channels like Facebook Ads, Google Ads, directly to their mobile app, and remove unnecessary steps from the user’s journey to conversion.

Collective team found that, for every $1000 they made, they were losing about $2200 in abandoned carts.

The team had a strong email strategy built on Omnisend to recover carts. Shop2App's Smart Push allowed them to seamlessly combine their Email Strategy with Push Notifications.

With automated Abandoned Cart Push on their customers, Collective was able to bring a large number of shoppers to complete purchases.

Across all re-engagement campaigns, Collective Shoes saw 133% higher conversion to purchase, largely due to the app users influenced by marketing campaigns who were deep linked to the correct page.

Get retention tips in your inbox 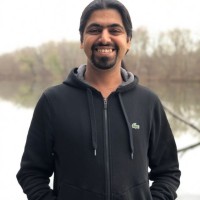 Writes about winback and retention

Thanks for joining our newsletter.
Oops! Something went wrong while submitting the form.

Get free actionable tips and resources delivered directly to your inbox

Thanks for joining our newsletter.
Oops! Something went wrong.
Don’t worry we won’t send you spam 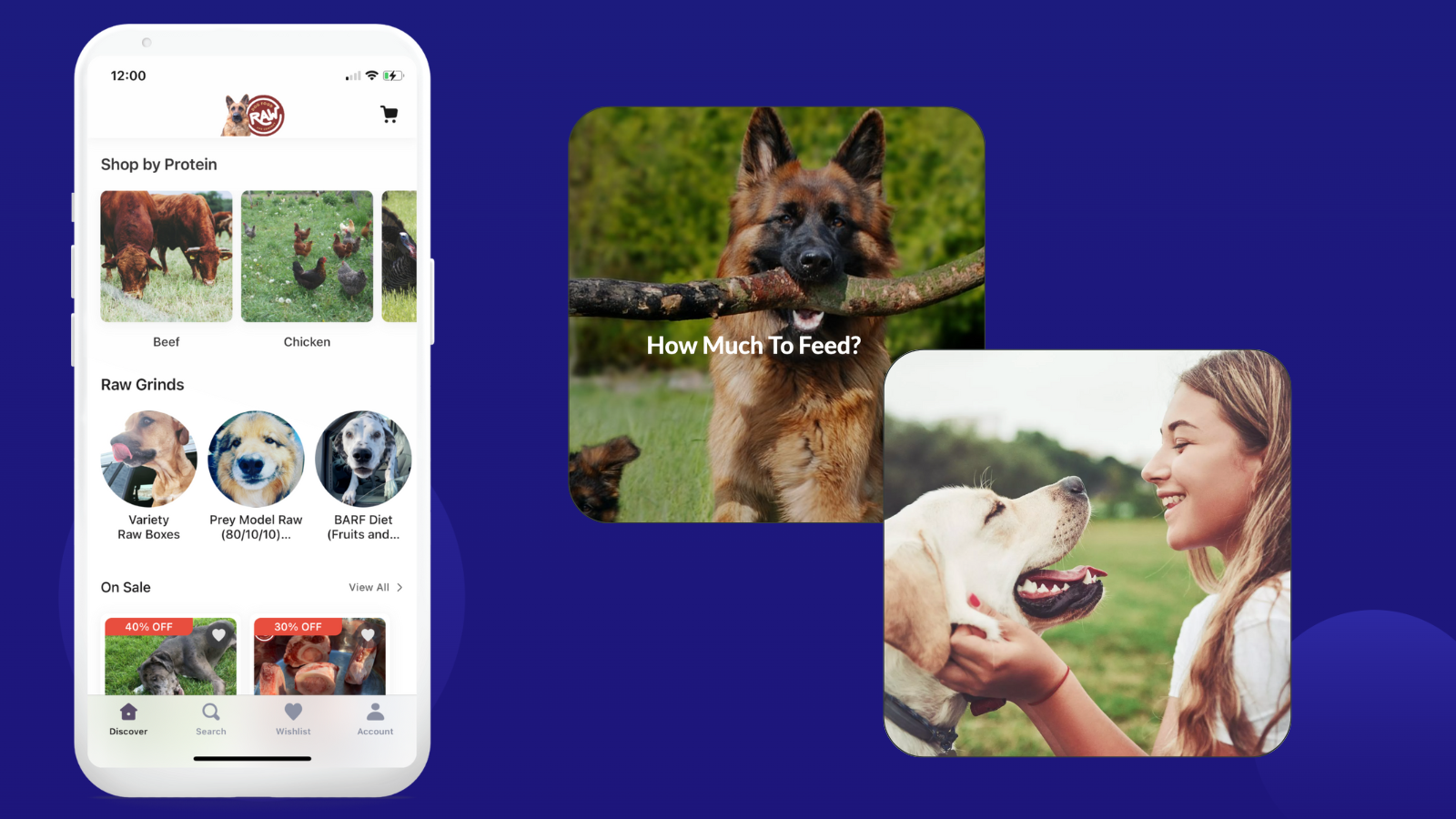 Raw Dog Food & Compay is a wholesale direct-to-consumer brand that brings raw meat to its customers at the lowest prices. They swear by their company statement “Friends don’t let Friends Feed Kibble” and source the most high quality, preservative free dog meat to their customers. 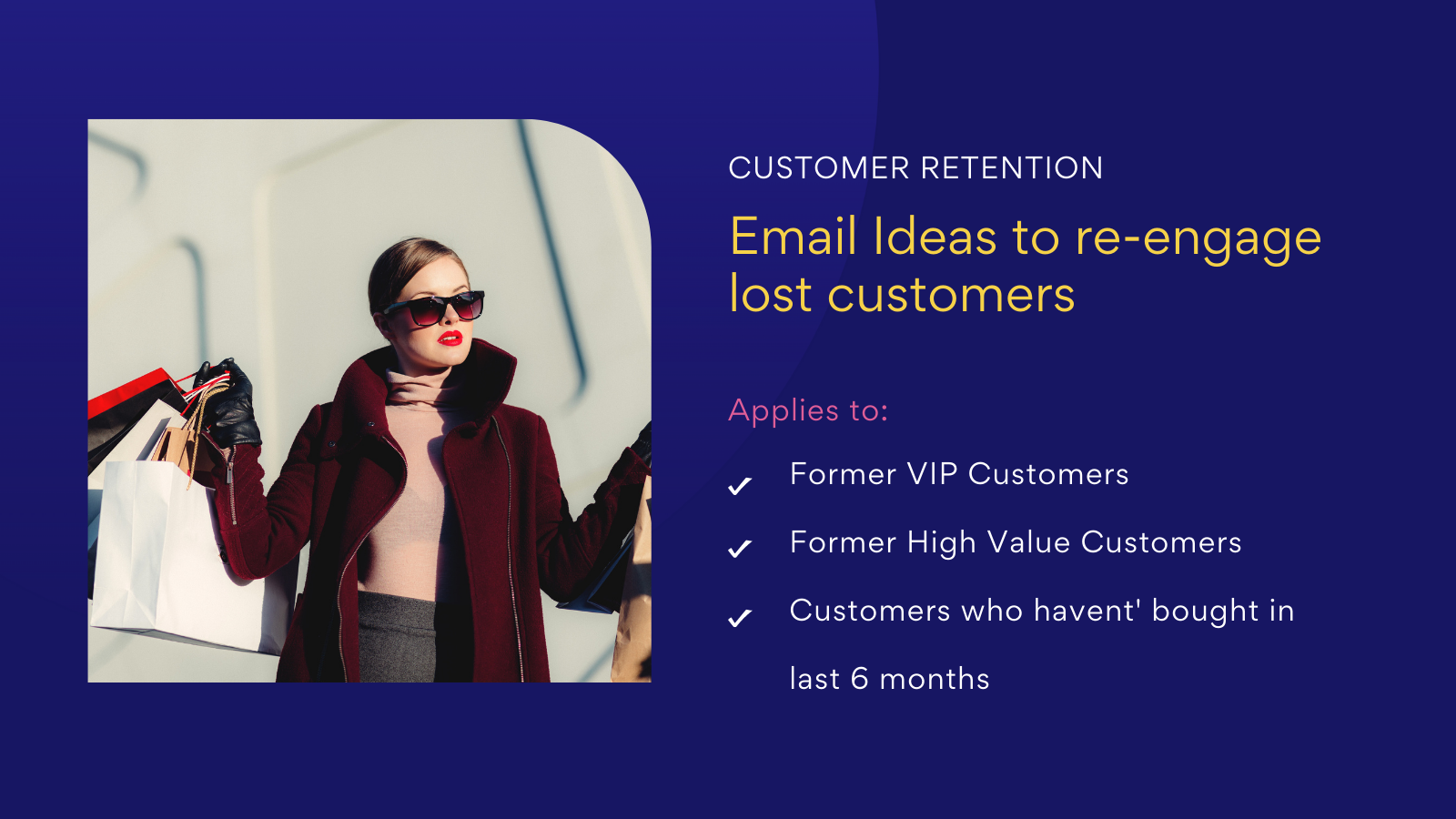 100+ ways on how to retain your lost customers

Losing customers can be rough. You put in all that time in reaching out to them and converting them into buyers. People who buy from you may be interested in your emails at first. 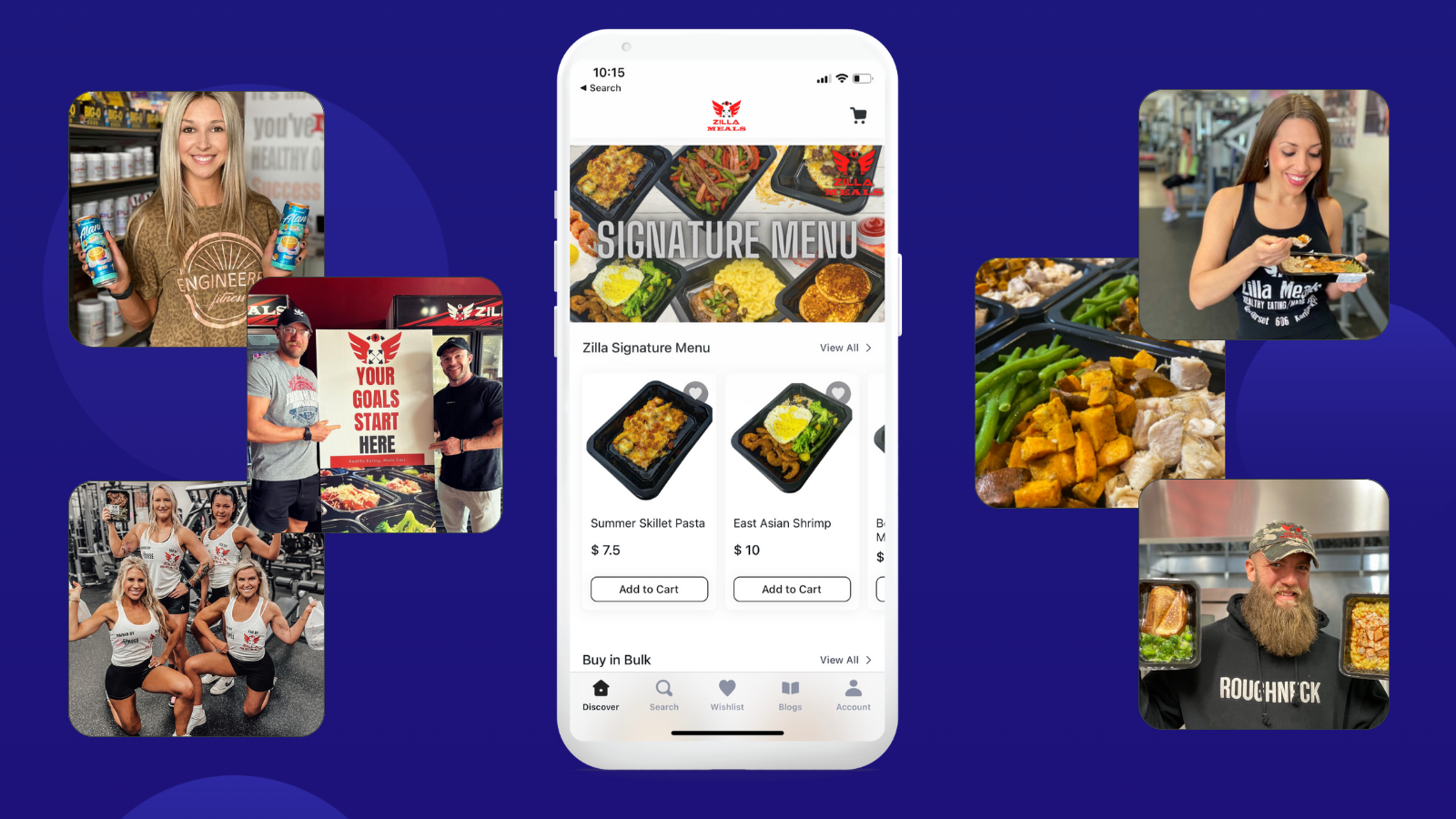